Ustad Isa Shirazi (Persian: استاد عيسى شیرازی‎‎ translationMaster Isa) was a Persian architect, often described as the chief architect of the Taj Mahal in Agra, India.
The lack of complete and reliable information as to whom the credit for the design belongs, led to innumerable speculations. Scholars suggest the story of Ustad Isa was born of the eagerness of the British in the 19th century to believe that such a beautiful building should be credited to a European architect. Local informants were reported to have sated British curiosity regarding the origins of the Taj by also supplying them with fictitious lists of workmen and materials from all over Asia. Typically, he is described as a Persian architect.
Recent research suggests the Persian architect, Ustad Ahmad Lahauri was the most likely candidate as the chief architect of the Taj, an assertion based on a claim made in writings by Lahauri's son Lutfullah Muhandis.

Ustad Ahmad (a.k.a. Isa Khan), an architect in the court of Shah Jahan from Lahore, is most often credited as the chief architect (or plan drawer) of the Taj Mahal, based on a seventeenth century manuscript which claims that Ustad Ahmad was the architect of both the Taj Mahal and the Red Fort at Delhi. 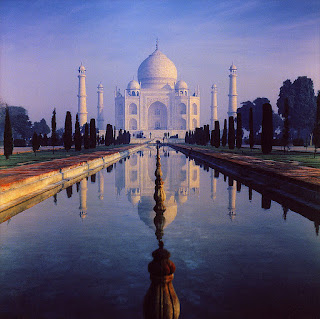 No evidence exists for claims that describe, often in horrific detail, the deaths, dismemberments and mutilations which Shah Jahan supposedly inflicted on various architects and craftsmen associated with the tomb. Some stories claim that those involved in construction signed contracts committing themselves to have no part in any similar design. 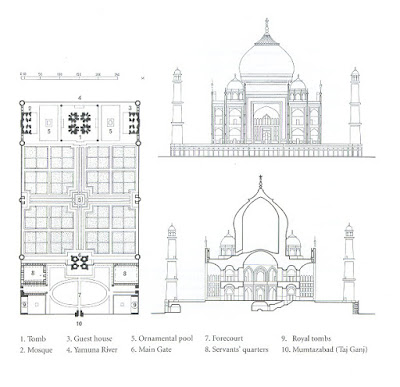 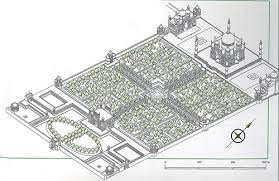 Picture Source: Collected from Internet
Posted by Mother nature at 12:35 AM